Takeshi Watanabe received his doctorate in premodern Japanese literature from Yale University. He is an assistant professor in East Asian Studies at Wesleyan University. His first book, Flowering Tales: Women Exorcising History in Heian Japan treats the rise of monogatari as a discursive opening for court women to negotiate social tensions. He is currently working on a book based on a course he loves to teach on Japanese food history. 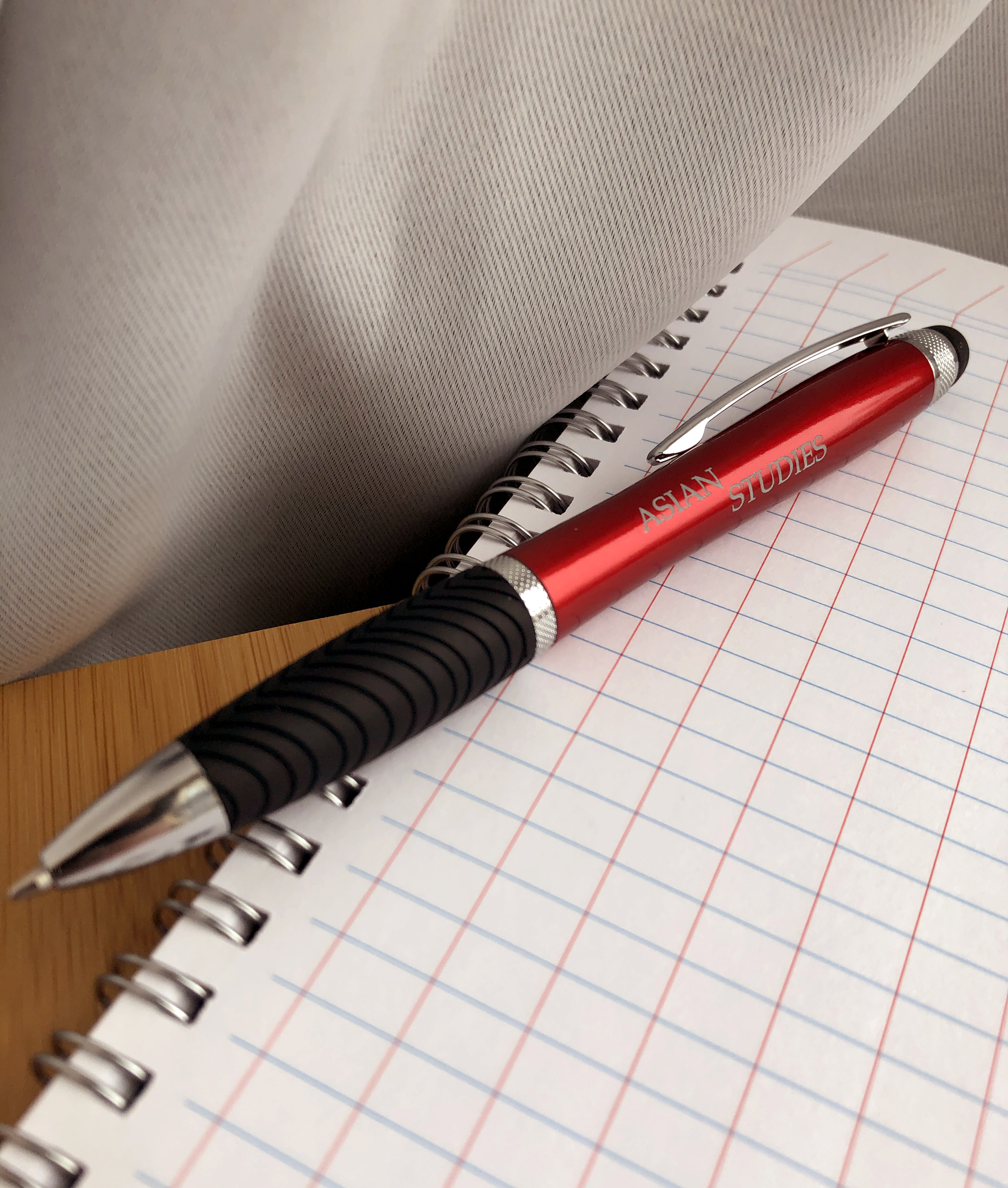 First, I’d like to acknowledge that my view is a personal one focused on my experiences teaching in Connecticut–even my education was in the same state. After receiving my undergraduate and graduate degrees from Yale, I started as a visiting professor from 2008 to 2015 at Connecticut College, where I taught in art history, history, and East Asian languages. I am currently at Wesleyan University’s College of East Asian Studies (CEAS). In my remarks, I’d like to articulate some of the changes I see in our field. The transition to teaching full-time is challenging for everyone. Among the obvious reasons is that we are often forced to suddenly teach far beyond our specializations. I was fortunately what you might call interdisciplinary, but that hot term had already come and gone. Or, more accurately, that was not enough, as the abundance of riches in the marketplace had already inflated departmental wishlists. Not only did you need to master various methodologies, you also had to cross national borders in the name of transnational studies. For all its laudable scholarly aims, “transnational” in job ads can be a disguised shorthand for wanting one body to cover as many multiple areas as possible. I was able to get my foot in the door by teaching an introduction to Asian art, a semester-long survey on not only Japanese art, but also Chinese, Korean, Indian (and even Vietnamese, if I could manage). Since then, personally, the pressures have eased mostly because of accumulated experience, but they are still present. Today, in my courses and in our department, students press for more coverage of Korean, Asian-American and Southeast Asian cultures. And as much as I love my university, budgetary realities and departmental needs mean that we are often seeking visitors: for example, next year we need someone to teach Korean language while also covering Japanese literature.

Thus, while my training was in Japanese literature and art history, as a teacher I could never focus just on Japan. My experience might stand as one small example of the death of Japanese studies. My teaching career started and remains in East Asian Studies, which some might say is the same creature, but I would push back. Let me also emphasize that I am not lamenting this shift, which is concurrently being affected by the rapidly changing demographics of the major and the university population. When I was an undergraduate taking Japanese at Yale in the 1990s, only a handful of other students in the class were Asian. They tended to be people like myself. There were no Chinese students. Today, classes in Japanese language, as well as East Asian Studies, are dominated by Asian students. That may partly reflect institutional differences, but from what I hear, this trend is widespread among American institutions. Specifically, for Wesleyan’s East Asian Studies program, since 2017 the largest segment of our majors has consisted of non-resident students. What are the implications of this change?

Although I can’t profess to seeing all the ramifications, I’ve detected one major shift: instead of a discipline configured as learning about the other, it is much more about the self. This is true for many Asian-Americans. This segment includes American students who have been adopted at birth from Asian countries. For students from China who take Japanese, it may not initially be about the self, but in the context of East Asian studies in an American setting, there is the comfort of being proximate to and surrounded by a more familiar Asian cultural terrain. And much of their coursework in our program would be on China, as we are rather unique in emphasizing areas such as literature, or political economy, rather than regions. Broadly speaking, I welcome the deemphasizing of national cultures and the too easy fetishization of Japanese culture. It is also amazing that students fluent in one Asian language are now taking another, with a few now possessing some proficiency in Chinese, Japanese, and Korean. At the same time, I sometimes wonder whether I am cultivating a renewed Pan-Asianism, one that is gratifying in its ideals but scary for its resonances with Japan’s imperialist project. Another problem in my mind is that orientalism still exerts its hold. Whether rightly or wrongly, the premise remains (even for some Asian students) that the Western university with its allegedly free environment, and Western-trained scholars, are the conduits through which one can best study and discuss Asia.

But in this panel’s context of the rebirth of Japanese studies, I would like to highlight and to consider the many exciting prospects that have emerged and have made East Asian Studies a vibrant, even essential part of American universities. Aligned with Asian-American and Asian students, CEAS is indispensable for this demographic as its home. At least at Wesleyan, there has been strong institutional support for CEAS because of these ties and their symbolism. And though I am concerned about perpetuating a shallow pan-Asianism, the context of CEAS has energized my teaching and research to consider cross-cultural influences more vigorously. At the same time, I have struggled to force students to shun easy calls of cultural exceptionalism and knee-jerk articulations of national identity especially in a comparative context. In fact, I have myself been called nationalistic for what students saw as an alienating national pride in kitchen knives. There is a tough balance to strike of enthusiastically promoting curiosity about cool Japan even as I whack orientalist evocations especially prevalent in Asia itself. However, the most exciting development for me is that in CEAS, it is not so much about me—as an American-educated Japanese-American—teaching Americans about some monolithic, strange culture. It is about challenging everyone’s identities: where we come from, what informs who we are to whom, and what we can be going forward. In other words, the rebirth of Japanese studies lies, in my view, in empowering students to think about Asia through their own experiences. This shift was made possible through new theoretical orientations that have both challenged, but also reinvigorated our fields. And that emphasis on our students doesn’t mean simply doing more anime and samurai, but making the study of Japan relevant to their concerns in terms of not only marketable skills, but also identity—how historical knowledge of the currents that affect people’s perceptions of Asia can help empower ourselves to be who we want to be.

The above remarks were written before COVID-19 and the subsequent cancellation of AAS 2020. Since that cancellation, the pandemic has only escalated, especially in the USA. There’s already been pieces written about how COVID-19 might change the way we live. That said, the present situation is extremely fluid. It would be foolish to think that any of us can predict how the pandemic will play out. But I do feel that my comments above now seem irrelevant or untimely unless I address this pandemic and its potential effects on our field. Obviously, one big effect may be a turn away from globalization. Even prior to COVID-19, there had been anti-Chinese rhetoric in general as well as in academia. Now racist acts are being committed toward Asian Americans, even though community infection has spread the virus among all groups. In this atmosphere, are foreign students still going to come to the USA? At the moment, the prestige and quality of American education seems to be holding, but as COVID-19 has shown, the world can change dramatically, and suddenly expose and abet already underlying tensions. Specifically in higher education, the debates around Confucius Institutes and discussions about the increasing Chinese student population on American campuses show discomfort toward China that could lead to a tipping point and a decline of Chinese students coming to the USA. In my view, EAS would then suffer inordinately, since the Japanese program has flourished of late with an influx of Chinese students. The only way to counter this trend is to continue vigorously combating racism and microaggressions toward Asians and Asian Americans. As we now all embark on teaching online, I have been heartened by colleagues recognizing specific needs of our foreign students and doing their best to anticipate and to accommodate.

Another fear I have is that this shock will lead to even weaker prospects for faculty positions. I have already begun to hear of searches being cancelled, even job offers being withdrawn. Having myself gone through the financial crisis as a job seeker, I can foresee how this shock may further exacerbate the adjunctification of higher education. The emergency measures to teach online may also contribute to enabling harmful cost-cutting measures at institutions with less resources.

These are dark times. This panel was meant to emphasize a rebirth instead of a death. I still believe a renaissance is in the making, but only in that Japanese Studies will die, if it has not already, in its previous guise of the post-WWII context. Its rebirth remains contingent, however, on every one of us advocating for EAS and the continued importance of having a global student body on our campuses.