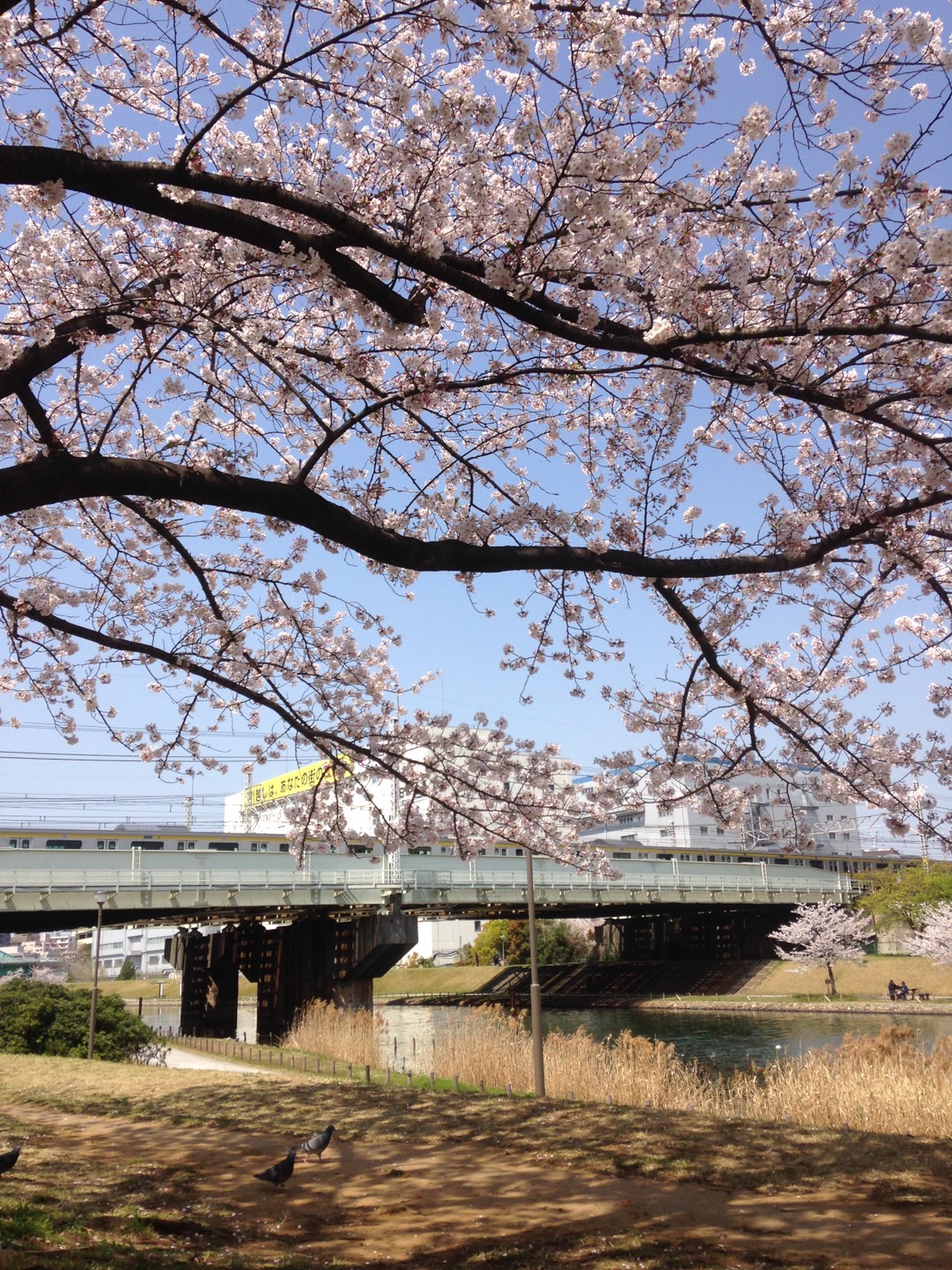 I would like to focus on the following three points:

1) the relative increase (due to mainly MEXT ‘internationalization’ funding) of job opportunities in Japan during the 2010s (not necessarily advertised as ‘Japanese Studies,’ but often more generally advertised as EMI courses in a variety of disciplines, in which the teacher is often asked to say something about ‘Japan’/ ‘Japanese [fill the blank]’).

Subsequent internationalization projects, such as the 2012 five-year Project for Promotion of Global Human Resource Development (GHRD) and the 2014 Top Global University Project (TGUP), switched their focus to increasing the English-language proficiency of home students,3 and, as one of their objectives, encouraged the hiring of “international” faculty other than language educators.4 This is where many jobs, such as mine, became available. For many national universities, this meant a boost in the “introduction to Japanese culture and society”-type of courses, which had usually been offered by the Centres for International Students that had been established in the 1990s to respond to an earlier government plan to reach 100,000 incoming international students by the year 2000.5

In sum, the new internationalization projects have seen a nationwide increase in the number of Japan-related courses for both international students, who are expected to “discover” Japanese culture and, more recently, contribute to domestic economy, and for home students, who as “global human resources”, are (I would say ironically) expected to strengthen their identities as “Japanese” and promote Japan overseas.6 At the same time, it is notable that the newly hired “foreign” faculty possess diverse cultural backgrounds and disciplinary trainings, although most come from the humanities and social sciences.7 They are usually assigned to teach these Japan-focused introductory courses in English, in multidisciplinary settings like “general education” curricula, or in newly established departments, whose names often include the adjective “global” or “international” (such as my own 国際教養学部/College of Liberal Arts and Science).

In practice, however, there are actually very few explicitly “Japanese Studies” programs (Meiji, Hokkaido, Hosei, Tokyo, Osaka, Sophia, Doshisha, Tohoku, Chiba).The reason for this is undoubtedly that, as I already mentioned, almost all universities possessed already several courses that could be “(re)conceived” as “Japanese Studies” and which had been traditionally offered to exchange students in combination with Japanese language courses. The problem, however, with this classic/old type of area studies that are now been turned into to “how to explain out Japan to the Japanese students” (so that, in theory, they can explain it out themselves to the “foreigners” they are going to meet during their study abroad programs or during their careers as employees of multinational companies), often fail to contextualize Japan within broader global historical processes, and rather essentialize, uncritically simplify, and stereotypically ossify “Japanese culture.” In the last decade, there have been movements to deal with these deficiencies, and it is these movements that I think present today opportunities for more Japanese Studies, albeit from a critical approach.

In a seminal Japanese Studies textbook often used in undergraduate teaching, John Whittier Treat pertinently criticized in the introductory chapter ‘the mutual obsession, both East and West, with what might be a homogenizing postmodernity; an obsession that means the most basic structures of social existences, whether “ours” or “theirs”, have been reinterpreted against a “cultural logic” locally modulated but universally applied.’8 Twenty years later, another textbook on Japanese Popular Culture seeking to respond to Treat’s indications, takes Giroux’s concept of ‘public pedagogy’ upfront and promotes a teaching of popular culture that ‘avoids the bait and switch[es] to focus not on the cultural artifact or text alone but on training students to see larger ideological discourses and become aware of their own role in learning (added italics for emphasis).’9 This shift from post-modern critical research approaches to a critical, public pedagogy is only starting to happen in Japanese Studies, and the Critical Japanese Studies approach that we have tried to implement at Chiba University reflects this shift.

In Japan (as elsewhere perhaps), “Japanese Studies”-type classes present certain common characteristics: 1) they are limited to a small number of students. 2) the majority are taught in English, but some of them are taught in English and in Japanese, 3) they aim for a balance of participants, between international students and home students (which often include non-ethnically Japanese students) of various disciplines and years of study, 4) they are to implement various collaborative learning techniques. In other words, students taking these classes possess a) a varying prior knowledge and conceptualization of “Japan” and “Japanese Studies,” b) distinct levels of academic and disciplinary training, c) different language and communication abilities, and d) very individual identities and ways to express and perform them.

It is indeed simply impossible, if not undesirable, to satisfy all of the students’ expectations in terms of the “Japan” they want to hear talked about and explained. Indeed, for some students this is the “Japan” that they call home and which they want “reaffirmed” or compared to other nation-cultures; for others it is the Japan they have seen in films or manga or even in other Japanese Studies classes, the Cool Japan, whose “uniqueness” or peculiarities they also want (re)confirmed and “academically” proven. Considering this diversity of expectations, it becomes necessary to set the tone of what Japanese Studies courses are at the beginning of the class. In Chiba, 6 years ago, we decided to go with the following paragraph.

The aim of courses categorized under the rubric ‘Japanese Studies’ is to teach about the world, using ‘Japan’ as a case-study, and vice versa. In Japanese Studies courses, we do not just provide students with foundational knowledge about Japanese culture and society, but we also offer an environment that allows students to reconsider their image of Japan by reflecting on their own experiences and cultures, and to acquire new perspectives and a deeper awareness of a variety of global phenomena.

The above description, although arguably imperfect, attempted to introduce the idea of the geographical contingency of ‘Japan’ by drawing attention to its image and construction based on individual experiences and cultures. The description also tried to avoid the essentialism observed in other “traditional” Japanese Studies courses, by emphasizing that, in this instance, ‘Japan’ will be used as a case-study to talk about wider issues and global phenomena.10 This approach was possible to conceive precisely because of the collapse of the subject onto the class environment; namely, the nature of the student audience at Chiba University, which, at the “grassroots” level, presented already a variety of “Japan(s)”, needed to be dealt with first and foremost, before any general arguments about each course’s topic could be made.

As a result, in our classes at Chiba University, Japanese examples are used not to just introduce social scientific theories relevant to understanding global phenomena, but to go a step beyond that: to consider the contingency of frequently used, fundamental terms such as “freedom of religion,” “illness,” “parody,” or even “science.” In other words, the inverted commas on “Japan” extend to the nouns that the adjective “Japanese” tends to be attached to almost automatically when these nouns become topics of Japanese Studies courses.

For example, in my course on Health and Healthcare in Japanese Culture,11 we discuss double eye-lid surgery in Japan and the associated idea that “Japanese seek this type of surgery because they want to look like Westerners.” This expression is, in class, used to talk about and reflect on certain fundamental issues involved in such cultural performances. Who are “the Japanese” we are talking about and what are we referring to: ethnicity, nationality, or identity? Similarly, how is “the West” conceived here? As a homogenous media culture? What can we say about the person who says this? If this person was a so-called “Westerner”, what does this expression mean for “Westerners” themselves? And what about surgery? Are there really so many double eye-lid operations in Japan? What do we learn about the influence of technology on our concepts of beauty? And, speaking about beauty, what does this “longing to look like a Westerner” mean? How are beauty standards set and what do they reveal about both those who set them and those who seek to change them? 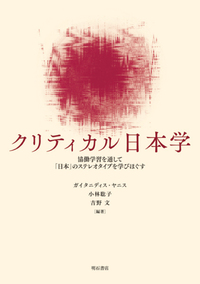 The above is just one example of how Japanese Studies classes can use Japanese Studies scholarship to discuss what Victor T. King has called low level concepts in Area Studies;12 concepts, such identity, media, authority, or technology (in abstract terms) provide a useful pool of terms by which cultural statements can be dissected before being reassembled into a more complicated imagery that is at the same time more personal and more critical of the status quo. In order to turn such performances into a “puzzle” that needs to be dissembled and reconstructed through a reflexive process of constant interrogation, participant students often need to visualize the different stages of dissection, especially in a classroom where language ability levels vary as much as disciplinary and socio-cultural backgrounds. In other words, the course frequently needs to go beyond language and use collages, conceptual diagrams, and other techniques that allow students to collaboratively process their learning.

The above efforts have led me and some of my colleagues to publish a textbook this March 2020, titled Critical Japanese Studies,13 which I hope will offer some ideas to teachers in these new Japanese Studies classes in Japan, but also abroad, to re-invent the field as an essentially transdisciplinary approach to collaboratively teaching critical thinking through case-studies from Japan.

Gaitanidis, I. (2019). "Jobbing as methodology: Victor T. King’s involvement with Area Studies and some implications for Japanese Studies and beyond." In K. G. Ooi (Ed.) Borneo and Sulawesi: Indigenous peoples, empires and area studies (176-193). London: Routledge.

Huang, F. (2017). "Who are they and why did they move to Japan? An analysis of international faculty at universities." Centre for Global Higher Education working paper series 27, 1-24.